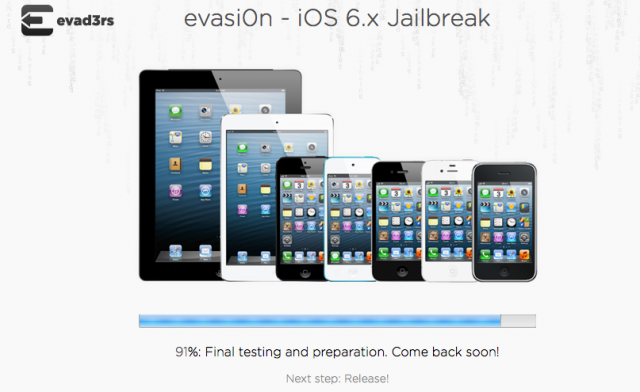 Within the first 48 hours of being released, it is being reported that evasi0n, the newest jail-breaking tool, was used over 1.7 million times. Despite the huge success and praise, it seems as if the “evad3rs” hit a small bump in the road.

“Shortly after evasi0n was released this morning, we started getting reports from readers that the Weather app no longer worked on their iPhones. So I checked mine out, and sure enough, it wouldn’t even open,” said Cody Lee of iDownloadBlog.

Hackers and programmers never leave the basement and go outside anyway right? So why would they have to check the weather? This is the exact notion that MuscleNerd, one of the evad3rs, tweeted about:

“For those seeing the Weather app problem, @planetbeing has started working on a fix. Until then, just don’t go outside”

Apparently, according to numerous tweets, the stock Weather app was not even shown on iDevices until the users got the jailbreak. However, a fix and an update are already on the way to Cydia for current evasi0n users. If you can’t wait another second to get your weather back, and can’t manage to download any other weather app from the App Store, check out Funky Space Monkey‘s fix via Gizmodo:

6. Your device should reboot at this point and all will supposedly be well.

Have you already jailbroken your iDevice? Is the stock Weather app having issues or did the fix from Funky Space Monkey work? Let us know in the comments below.