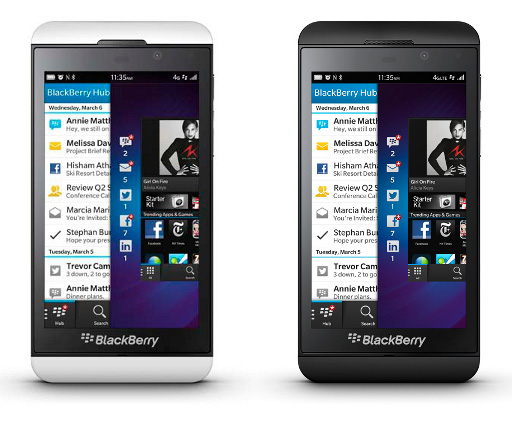 This is it. The BlackBerry Z10 and Q10 are meant to be the symbolic last stand for the Waterloo-based smartphone company, but for whatever reason, they’re not timing a simultaneously worldwide launch. The Z10 started selling in the UK and some other parts of Europe late last week, Canadians are getting their hands on the new touchscreen BB10 device starting today, but what about our friends south of the border?

While we heard some non-specific rumblings about the BlackBerry Z10 making its way to the United States “in a couple months,” now we have some harder evidence saying it’ll debut with T-Mobile on March 27. That doesn’t necessarily mean that T-Mobile will be the first American carrier to offer the new BlackBerry, but that is the first “solid” date that we’ve heard. This comes by way of a leaked image from what appears to be some internal documentation, along with some information about a few upcoming Samsungs and an LTE mobile hotspot.