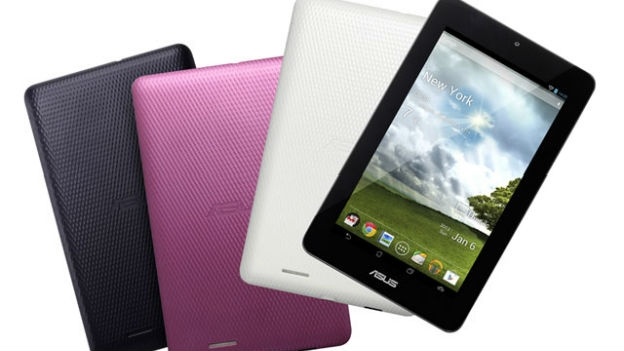 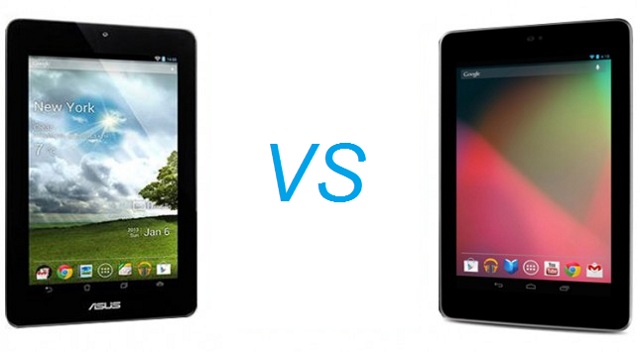 When the Asus Nexus 7 first touched down, it managed to break quite a few conventions. It was a quality, stock Android experience in a 7-inch form factor that had plenty of firepower but still managed an affordable price tag.

While the Nexus 7 is no longer the ‘newest thing’ it is still one of the leading options when it comes to purchasing a 7-inch Android tablet. Now Asus hopes to undercut the Google-branded Asus Nexus 7 with something even cheaper: the Asus MeMo Pad 7, which will cost only $150.

Of course getting to such a cheap price point requires sacrifice. At $50 less than the Nexus 7, the MeMo Pad 7 still manages to look quite a bit like its older brother on the outside but what lies on the inside? What kind of hardware changes need to be made to reach such a budget price?

In this Asus Nexus 7 versus Asus MeMo Pad 7 article we take a look at the MeMo Pad 7 and whether or not you should save yourself a little cash with it or spring for its more expensive older brother. 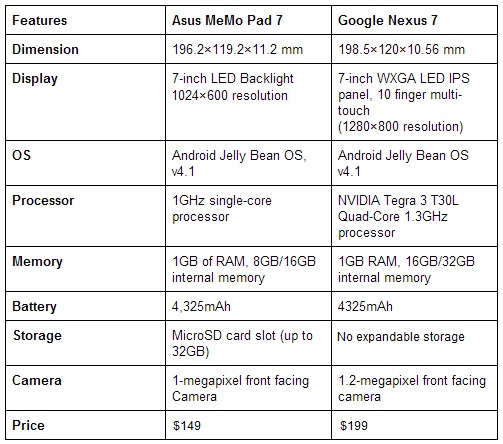 As you can see in the chart below, the similarities between the Nexus 7 and the MeMo Pad 7 are essentially skin deep. While the Nexus 7 has a quad-core NVIDIA Tegra 3 T30L Quad-core processor, the MeMo Pad is powered by 1GHz single-core VIA WM8950 processor. As for the rest of the core specs, the Nexus 7 and MeMo Pad 7 both have 1GB of RAM and nearly similar front-facing cameras.

Honestly, the processor is probably the biggest change here. Additionally the MeMo Pad 7 does earn a few extra brownie points by including microSD support into the mix. Wondering about battery life? Expect similar results, as the Pad 7 and Nexus 7 both include a 4,325mAH battery.

If you are an Android purist, Nexus devices are almost always the best way to go. The Nexus 7 now runs on stock Android 4.2 Jelly Bean and being a Nexus device will be a top priority for future updates like Key Lime Pie going forward.

As for the MeMo Pad 7? This tablet runs on Android 4.1 Jelly Bean and includes a bunch of pre-installed apps. While the apps don’t look too bad– this could certainly be a big turn off for those that don’t like pre-installed additional apps.

Some of what is included are apps like Asus Studio photo editing, BuddyBuzz and SuperNote Lite.

Asus Nexus 7 versus Asus MeMo Pad 7: Is the MeMo Pad a good option or not?

Let’s be honest here, the Nexus 7 and MeMo Pad 7 are aimed at two different market segments. The Nexus 7 is a mid-to-high-end 7-incher for those that plan on regularly using the device as their primary tablet or even computer around the house.

The MeMo Pad 7 on the other hand is only $150 and is meant as a secondary device, or at least for those folks that aren’t relying on the tablet for high-end gaming and tons of apps that are resource-heavy. If you plan to use your tablet mostly for browsing, as secondary device, as a kid’s tablet or even as a cheap back up to a larger 10-inch tablet– the MeMo Pad 7 is certainly a good choice.

The bottom-line though is that for just $50 more you get a tablet that is WORLDS better than the MeMo Pad 7. Even if you don’t plan to use the tablet that much, for such a little price difference, you might be better off just springing for the Nexus 7.

If you are strapped for cash, the MeMo Pad 7 is certainly a great alternative to the many cheap sub-$150 or even sub-$100 tablets out there, but just don’t expect it to turn any heads either. What do you think of the Asus MeMo Pad 7, is it good enough or do you feel that $50 isn’t a big enough price savings to justify the weaker specs?