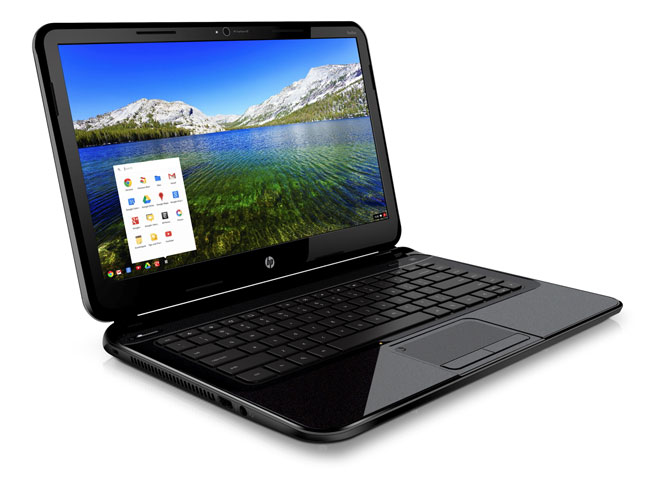 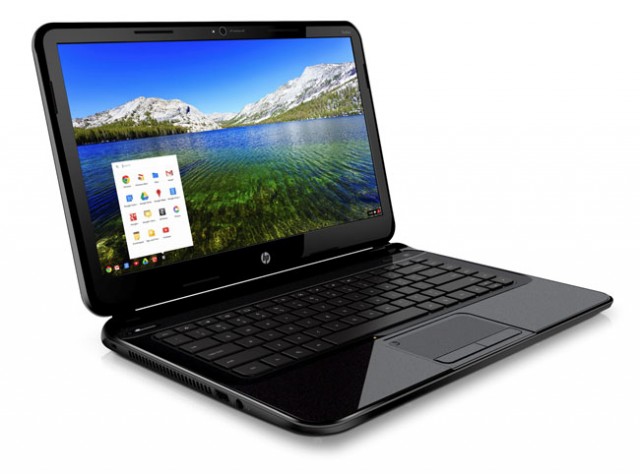 It looks like HP is the latest PC hardware vendor to join the Chrome OS club. The HP Pavilion 14 Chromebook has now officially been announced and will set you back $330.

So what do you get with the HP Pavilion 14 Chromebook? The laptop ahs a 1366 x 768 display, 16GB SSD storage, 100GB Google Drive space, and an Intel Dual-core Celeron processor. Other specs include 2GB of RAM, 3 USB 2.0 ports, HDMI and a 2-in-1 memory card reader. There is also Ethernet, Wi-Fi and Bluetooth 3.0 as well.

Honestly, the specs are pretty modest but there is one area where the HP Pavilion stands out from the Chromebook pack: display size. Up until now, 11.6-inch has been the standard screen-size in all current Chromebook offerings. With the HP Pavilion Chromebook you get a much larger 14-inch display.

Unfortunately, this comes at a trade-off. The HP Chromebook has relatively poor performance compared to Samsung’s offering, and like Acer’s budget option it has just a few hours of battery life onboard.

Still for those interested in Chrome OS but not willing to do so on a tiny screen, this could still be an intriguing option and at $330 it is quite affordable, too. What do you think, would you be interested in the HP Pavilion 14 Chromebook or not?