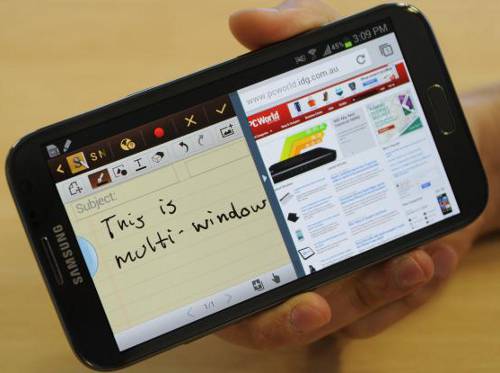 Samsung Galaxy Note 2 owners in Canada are getting a huge update this week.  Samsung announced, via Twitter, starting Wednesday, Canadian Note 2 owners in Canada will be able to get the Multi-Window feature that dropped for the US and Europe at the end of last year.  Also included in the update will be language support for Chinese.  As the tweet read:

If you recall, the Multi Window update allows you to be able to run two apps at the same time, splitting the screen between the two.  So finally the Canadian Note 2 peeps will catch up the the Galaxy S3 owners, who already have the feature.

If you are a Galaxy Note 2 owner from Canada, are you excited to finally be getting Multi Window support?