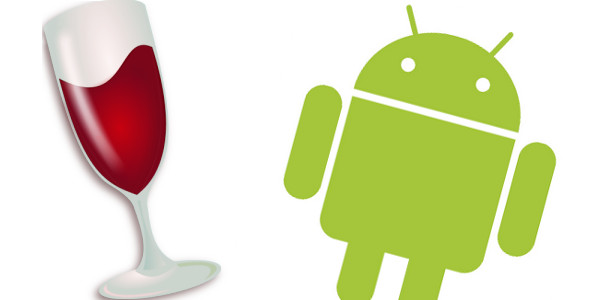 Adding to the growing list of what is possible with an Android device, WINE could soon be making its way over to Google’s mobile OS.For those that don’t know, WINE is currently a popular way to run Windows apps in the Linux and Unix world, making it possible to run programs like Microsoft Office on Ubuntu and other distributions.

Today in Brussels, WINE’s main developer Alexandre Julliard demoed an earlier build of Wine for Android. In its current form, WINE was running on an emulated copy of Android (not an actual phone or tablet) and performance was less than optimal. WINE for Android is a long ways away from a stable or usable solution for running Windows apps on Android, but it’s a good starting point and will only improve with time.

While a stable version of WINE for Android would allow you to run some x86 Windows apps on ARM Android phones and tablets, it probably would be more practical on larger screen devices than on a 4 or 5-inch smartphone. With a 10-inch tablet, for example, imagine pairing the tablet with a keyboard dock and booting up serious productivity software like Microsoft Office and Adobe Photoshop. This could certainly help close gap between what can be done on an Android tablet versus a full Windows/Mac/Linux PC.

What do you think, would you like to see WINE for Android or not? To get a better look at what WINE could potentially bring to the table for Android, take a look at Wine Application Database for a list of apps currently running with WINE on Linux/Unix devices.