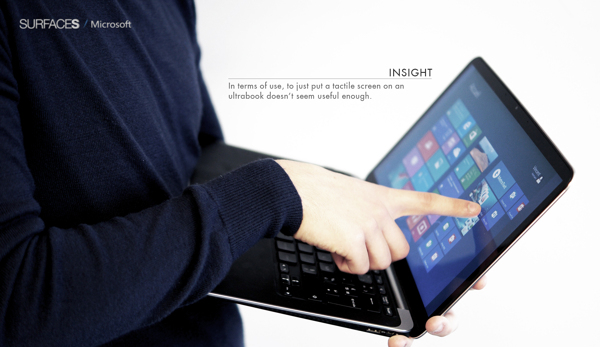 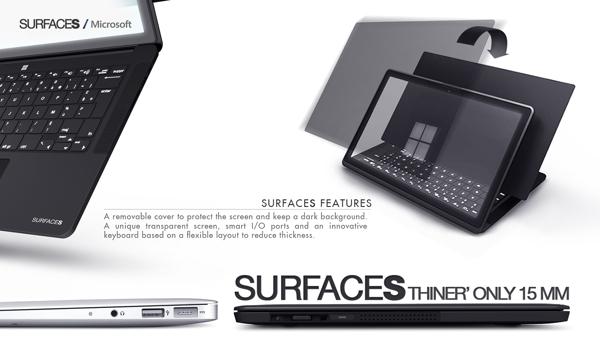 Late last year, Microsoft introduced the Windows RT-based Microsoft Surface tablet.  Would it be out of the realm of possibility for Microsoft to create an Ultrabook of their own?  With a continued push by Microsoft’s hardware partners into convertible territory, some rumors suggest that an ultrabook convertible/hybrid could be the next obvious step.

Designer Clemente Puertolas feels the same way and has come up with a Surface ultrabook concept of his own. The concept ultrabook has touchscreen capabilities, the power of Windows 8, and an ultra thin design that is even thinner than the Apple MacBook Air.

While touchscreen laptops already exist, Puertolas thinks they are too complicated, fragile and sometimes too thick.  Based on his designs, this Surface Ultrabook concept looks insanely thin and very stylish. Is this an avenue you think Microsoft would be willing to take?

Would they have more success here than they have had with the Surface RT?