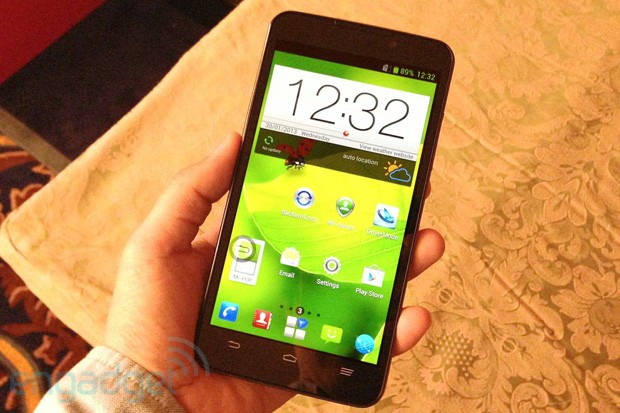 If you find the 6.1-inch Huawei Ascend Mate just to big, but the smaller 5-inch phones just won’t cut if for you then you will want to take a look at the New 5.7-inch ZTE Grand Memo.

The Memo basically takes what the super slim Grand S has to offer but super-sizes everything thanks to a larger 5.7-inch display and 3000mAh battery. Like the Grand S the Grand Memo runs on a 1.7Ghz Snapdragon S4 CPU with 2GB RAM with Android 4.1 Jelly Bean and a 13 mega-pixel rear camera on the rear. Unfortunately the ZTE Grand Memo doesn’t get 1080 resolution but offers a 720p display instead.

Pricing and availability will likely be announced at MWC later this month. So what do you think, interested or do you feel that anything above 5-inches is just too big for you?