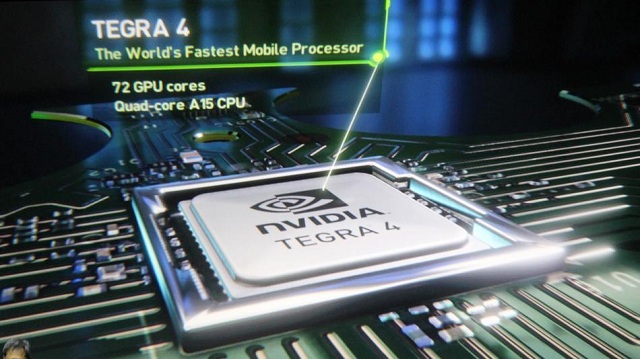 Back at CES, Vizio demonstrated the first tablet to run a Tegra 4. Now DigiTimes is reporting that Toshiba plans to be among the first (if not the first) to release an actual product running the new Nvidia processor.

The DigiTimes article further claims that Asus and Acer have at least briefly considered using Tegra 4, but right now Asus at least seems to only think of it as a “backup possibility” since they have a relatively close relationship with Qualcomm.
The sources to DigiTimes are rather critical of Nvidia chips in general, stating that Tegra 4 will struggle to compete with quad-core platforms developed by Qualcomm, Mediatek and China-based IC design houses.

The last bit of DigiTimes report suggest that the Tegra 3 processor costs will be cut to attract more entry-level orders, but the same sources say this likely won’t create a competitive enough solution against other processors.

Personally, while the Toshiba Tegra 4 use sounds very possible, the rest is awfully negative and I’m not sure I totally agree. The Tegra 4 processor looks like a solid offering, and while I believe Qualcomm will provide major competition for Nvidia, it sounds like the sources reporting are talking more about the general situation in China– not globally. In China, consumers will likely be more attracted by cheaper offerings from Mediatek and others, but globally? I anticipate that the Nvidia Tegra 4 will see quite a bit of success.

How about you, do you prefer Qualcomm or Nvidia chipsets for your mobile devices? Or perhaps you’d rather see Intel continue to move into the space? Share your thoughts in the comments below.