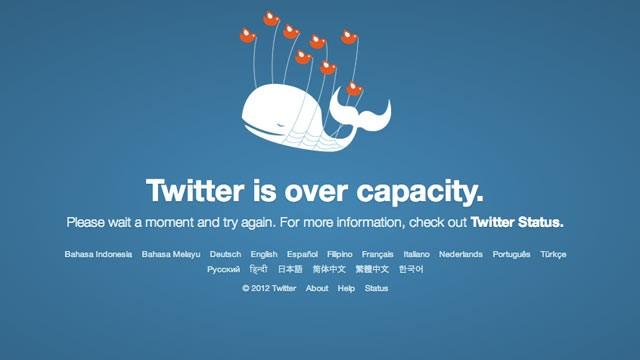 We live in a highly social, Internet-connected world. That’s why when major services like Twitter go down, many people take notice instantly– and are often more than a little upset. Especially when such outages have occurred twice in a single month.

Earlier today Twitter when don’t for many users, including those that tried to use Twitter.com or even a 3rd party mobile application. Beyond just Twitter itself, the outage also apparently affected their new “Vine” video sharing service as well.

Twitter posted this status earlier, Some users may be experiencing issues accessing Twitter. Our engineers are currently working to resolve the issue.”

Fast-forwarding a bit, most users are finding that Twitter is back up and running, but that’s not the case for everyone. Personally I’m finding that everything is working for me as it should, but many users on the net are still reporting service issues.

What about you, is Twitter back up and running? Additionally, how do you feel about the outage? Is it just to be expected that such a huge service like Twitter will sometimes have these kinds of issues or should they be doing more to ensure that service is continuous without issue?