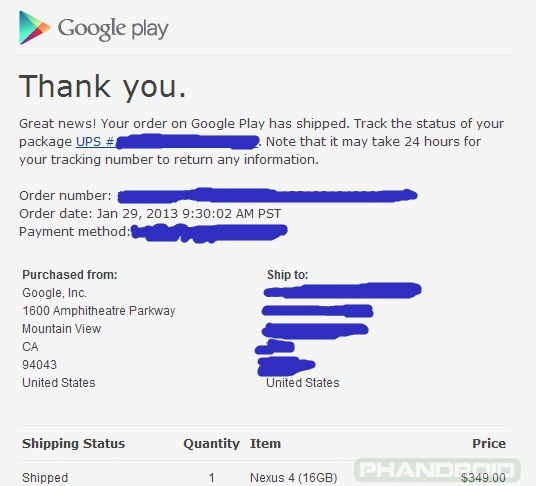 Recently Google finally started selling the LG Nexus 4 once again through Google Play, the only downside being that it was estimated to take one to two weeks for the device to ship. The good news is that things seem to be moving much quicker than Google Play suggested. The first shipping emails have now went out, quite a bit ahead of schedule.

From the reports coming in, both the 16GB and 8GB models are now shipping for some customers. Keep in mind that if you order a LG Nexus 4 today, there is no guarantees that you too will get such a quick turn around (the page still says 1-2 weeks), but it is sure an encouraging sign.

So have you finally ordered the LG Nexus 4 or have you decided to wait off for another upcoming handset like the Sony Xperia Z or Samsung Galaxy S4?