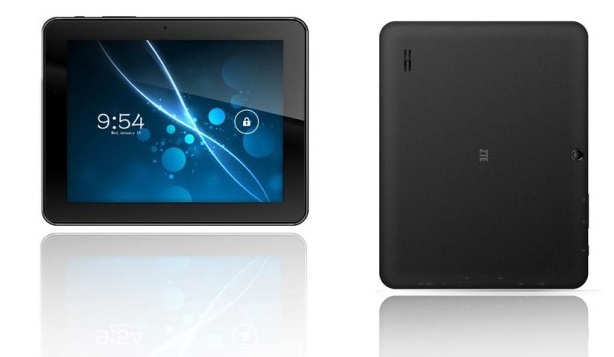 When you look at most of the Android tablets that are on the market today, they typically boast a widescreen aspect ratio of 16:10. The iPad family is entirely different with its 4:3 aspect ratio, but that’s what the newly announced ZTE V81 tablet is mirroring. This is an 8-inch Android tablet with a 1024×768 resolution display, rocking that same “standard” 4:3 aspect ratio as its Cupertino competitor.

ZTE may not exactly be a household name for most people, but it has become the fifth largest smartphone company in the world. The Chinese company has quietly slipped itself mostly into the more affordable end of the market and snatched up quite a bit of market share as a result.

Not surprisingly, the specs on the ZTE V81 aren’t exactly flagship material, but it does seem perfectly adequate for someone who wants a contemporary tablet. You get a dual core 1.4GHz processor, 1GB RAM, 4GB storage, microSD, 2MP rear camera, VGA front camera, 21Mbps HSPA cellular, WiFi-N, Bluetooth, GPS, HDMI out, and a 3700mAh battery. It ships with Android 4.1 Jelly Bean out of the box.

Of course, it won’t be the only 8-inch tablet on the market. The Galaxy Note 8.0 should be on its way soon too, but that’ll likely be more expensive than this ZTE counterpart. Pricing and availability are still up in the air at the moment, but more information may be provided at MWC next month.