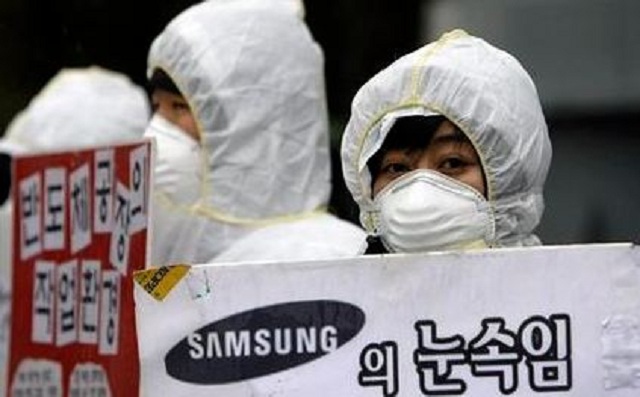 When you’re working with very delicate electronics and very dangerous chemicals, it’s important that all the workers take every precaution to ensure their safety. Unfortunately, there was a gas leak at Samsung’s semiconductor plant in Hwaseong, Korea and a worker has died as a result. To make matters worse, it’s starting to sound like Samsung tried to cover up the whole thing.

Late Sunday night at around 11pm local time, a tank of hydrofluoric acid at the plant started to leak its contents. The tank started leaking again at 5am local time Monday morning, spilling around 10 liters of acid mostly in gas form into the factory. Some time later, around 2pm the same day, one of the workers in the factory died from exposure to the acid. Samsung did not report the leak to the proper authorities until around 3pm.

Samsung did call in maintenance firm STI Service at some point in the night to try and patch up the leak, but four STI workers were also hospitalized from exposure. From what we are hearing now, those STI workers were wearing proper protective gear, but the Samsung employee who passed away was not; he was only wearing a gas mask and not a complete hazard suit.

An investigation has apparently now been launched, looking to see if Samsung was negligent on the matter, whether or not workers were equipped with proper gear, whether Samsung followed proper laws and regulations in contacting local authorities, and whether the worker’s death is the result of a “lack of management and guidance from the company.”

Did Samsung try to cover it up? If the leak wasn’t fatal, would we even hear about it at all? How often does something like this happen at other semiconductor plants? We’ll just have to wait and see how this investigation works out.