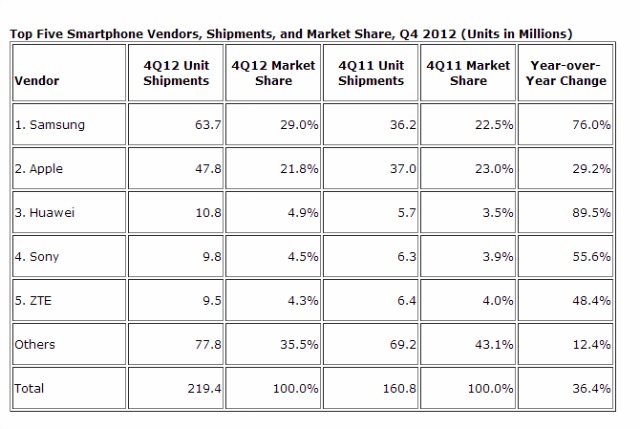 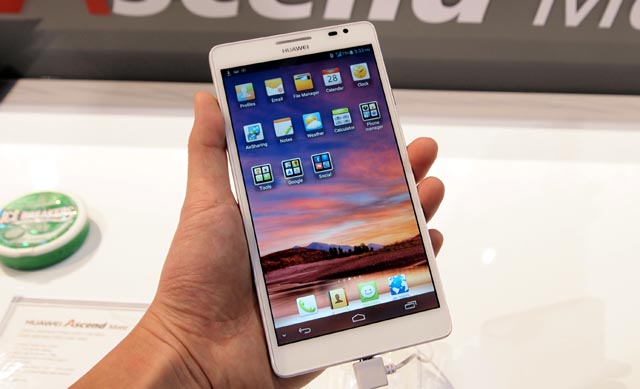 I don’t think anyone really saw this one coming. When we talk about market share in the smartphone world, we are used to seeing names like Samsung, LG, and Motorola, but Huawei has (not so) quietly moved itself into the third spot overall when it comes to worldwide smartphone market share. That’s huge. And we’re not just talking about the size of the Huawei Mate either.

Even though the Huawei products may not exactly be the flagship smartphones offered by your local cell phone carrier, Huawei has made its presence known and let’s not forget about the massive market that it can enjoy in its home China. Indeed, Huawei’s year-over-year change for units shipped in Q4 was a remarkable 89.5%. That being said, it still only has a 4.9% overall market share as of Q4 2012.

Yes, Apple and Samsung continue to dominate the smartphone world with a combined 50% of the market and Huawei is a distant third with its 4.9%, but it really is amazing how this seemingly “second tier” brand has propelled itself onto the smartphone podium in such a short amount of time. Remember that they’re beating out what we may otherwise consider to be heavy hitters like HTC, LG and Motorola.