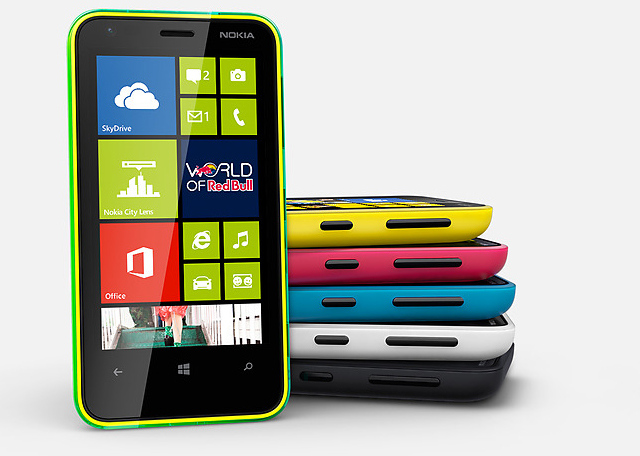 Looking for a decent smartphone out of contract, but not willing or able to pay more than $300? While we’d love to recommend the Android-based LG Nexus 4, right now the flagship Android device is nearly impossible to find.

Still, we do have a bit of an unconventional alternative. Instead of going the mainstream Android route, have you ever considered Windows Phone 8? While Microsoft’s latest OS isn’t nearly as popular or app-populated as iOS and Android and probably isn’t for everyone, but it is continuing to grow with support and is certainly a worthwhile choice for Microsoft fans and for those just looking for something different.

So what can under $300 get you in the Windows Phone 8 world? The Nokia Lumia 620 can now be yours completely unlocked through Expansys USA for just $289.99. Technically the Lumia 620 isn’t coming to the US market (through any carrier, anyhow) but as an unlocked world-phone it should play nicely with AT&T and will also work okay with T-Mobile (likely with no higher than EDGE speeds, though).

Again, no this doesn’t even begin to compare to devices like the LG Nexus 4 on a hardware level. Still, from Windows Phone 8’s live tile UI to the interchangeable Nokia Lumia 620 casings– this one is going to stand out in a crowd and should still perform reasonably well enough for most users. You will also get extra points for “unique factor” as it isn’t going to be a commonplace device due to limited US availability.

Looking for a low-cost dual-core but not willing to jump platforms to WP8? For those that don’t mind a lesser-known brand, Australian-based Kogan is bringing a dual-core Android phone with a 5-inch display over to the US very soon for just $150.

What do you think, are you willing to give Windows Phone 8 a try by purchasing the Lumia 620 for this killer price or will you hold out for an unlocked Android device? To grab the Nokia Lumia 620 for yourself, head on over to Expansys USA’s website.