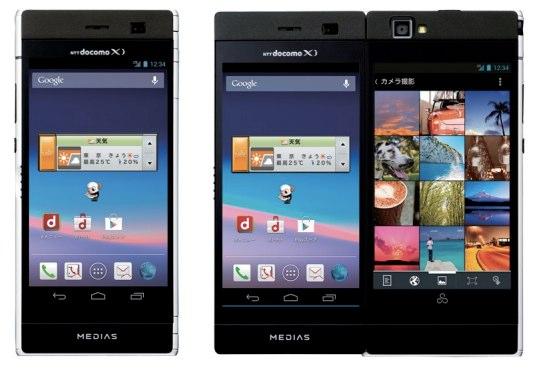 As the old saying goes “bigger is better”. Samsung followed this rule with the original Note and Huawei are hoping for similar success with the Ascend Mate. Now we have NEC’s uber large Android phone, but rather than one big screen the NEC Medias W boasts two 4.3-inch panels.

The concept is similar to the Sony Tablet P, and allows for either two apps to run at once utilizing their own screens, or taking up both screens for a larger view of things.

Currently only certain apps such as Google Maps, the web browser and media players make use of the dual-screen function. The ability to fold the phone in half and share videos, and photos with people sitting opposite sounds particularly useful, and could be used in future games (Connect 4, Battleships etc).

The Medias W is currently only available in Japan, and it seems as though this dual-screen wonder might stay that way for sometime to come. What do you think, would you be interested in seeing such a device ship outside of Japan or do you feel that this is a very niche product with limited real world use potential?