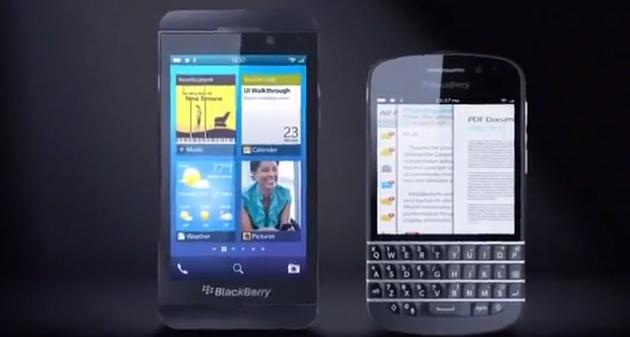 Blackberry 10 is almost here, and with that it mind, it seems that the Blackberry Z10 and X10 will both be following the launch shortly after.

According to a new rumor from N4BB, the X10 could actually be coming as early as the 330th of January. For those that don’t know, the X10 is the Blackberry model that is more “traditional” in that it has a physical keyboard.

That said, it also has a smaller-sized touch screen and has ditched the older trackpad/pointer. The X10 might be more ‘traditional’ but it clearly has a more modern style that better fits the times than the aging designs of many current Blackberry devices.

Hopefully we will know more soon enough. Do you plan on picking up a Blackberry 10 device right away or will you wait it out a bit longer to see how well the new OS does first?

UPDATE: Blackberry Z10 and Q10 (previously known as X10) are now official. For more details about pricing, release and features, check out the press release and accompanying article.