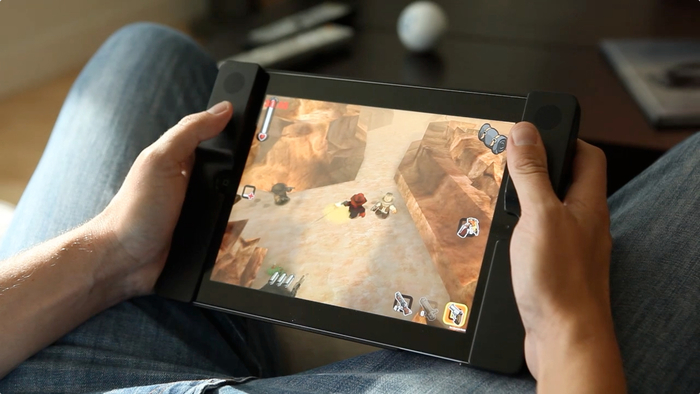 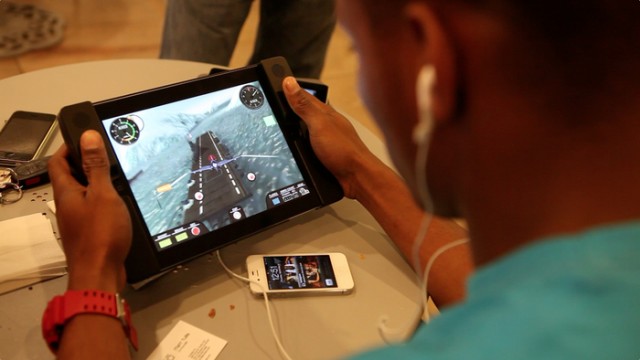 As great as gaming may have become on the iPad and the iPhone, it’s just not the same playing with touchscreen controls. We’ve seen some different physical contraptions that counter this, but the new Audojo Gaming Case for iPad could be one of the more creative solutions to date.

It basically snaps onto either side of the iPad with each half providing a speaker, an analog stick and a trigger button. This is quite different from some other cases and controllers that provide console-style face buttons and the analog sticks themselves remind me of the analog sliders you find on the PSP series from Sony. The dual analog stick configuration, along with the trigger buttons, makes the Audojo case a good solution for first-person shooters, flight sims and certain action games. I imagine this would be great if they ported Smash TV to iOS for this purpose.

Another thing that makes the Audojo gaming case different is that it doesn’t sync up with your iPad via Bluetooth. Instead, it plugs straight into the headphone jack of your tablet; this is supposed to provide minimal latency and extended battery life. If you still want to use headphones, there is a headphone jack on the case too. In terms of game compatibility  which is very important for all these mobile gaming peripherals, Audojo is working with the Unity standard. And yes, you can use AirPlay for the big screen experience too.

Audojo is currently seeking funding through their Kickstarter campaign, which runs until February 21. They have a goal of raising $240,000. The estimated retail price for the gaming case will be “$99 or more,” but you can secure one now with a minimum pledge of $65 with free shipping in the US. 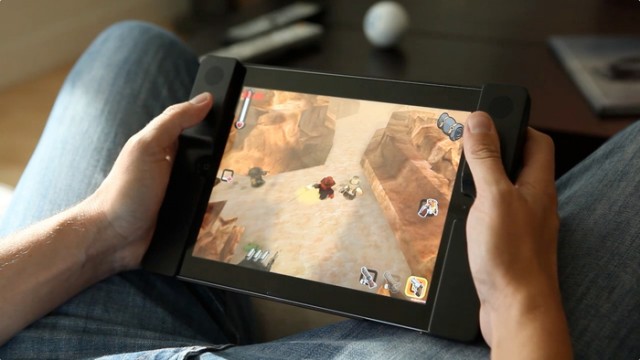 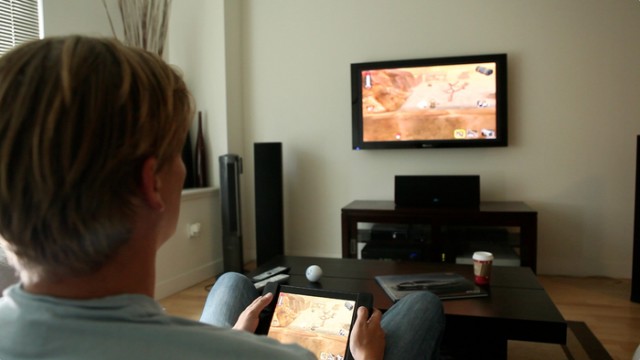