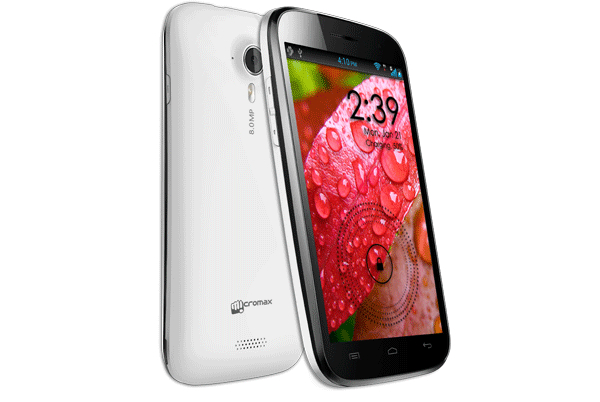 Micromax has just made headlines with their new 5-inch, quad-core phone, which they will be selling at the unbelievable low $279.

Of course your not going to be seeing Snapdragon S4 Processors and 1080 HD displays at such a low price, but with MediaTek’s MT6589 CPU running the show, you can still expect a rather powerful device. The display is a 1280 x 720 unit which is fine for most users, a 2100mAh battery should last most of the day and the 8 mega-pixel rear camera should be more than up to the task of capturing spontaneous snapshots while on the go.

Unfortunately for the majority of readers, this Jelly Bean powered bargain won’t be easily available to you as the phone appears to be headed for India only.