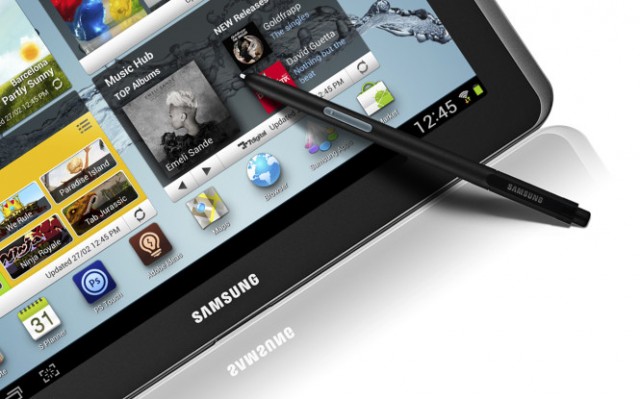 Looking for an 8-inch Samsung tablet with all the features of the Note series? Your wish is coming true it seems. According to iNews24, Samsung’s mobile chief JK Shin has confirmed that the Samsung Galaxy Note 8 is coming to MWC in February.
So it sounds pretty much in the bag that a new member of the Note family is coming for MWC, but what do we know about it other than screen size? Officially we know nothing, but we can connect the notes to fill in some blanks.

Recently, there have been benchmark leaks for a mysterious Samsung GT-N5100 tablet. Considering the timing of this new tablet, the GT-N5100 could very well be the Galaxy Note 8. If true, then we do know that the Note 8 will feature a quad-core 1.6GHz Exynos processor and a 1,280 x 800 display.

Take this all with a grain of salt for now, but odds seem in favor of the idea of an 8-incher Note joining the line-up. What do you think, interested in such a tablet or not?