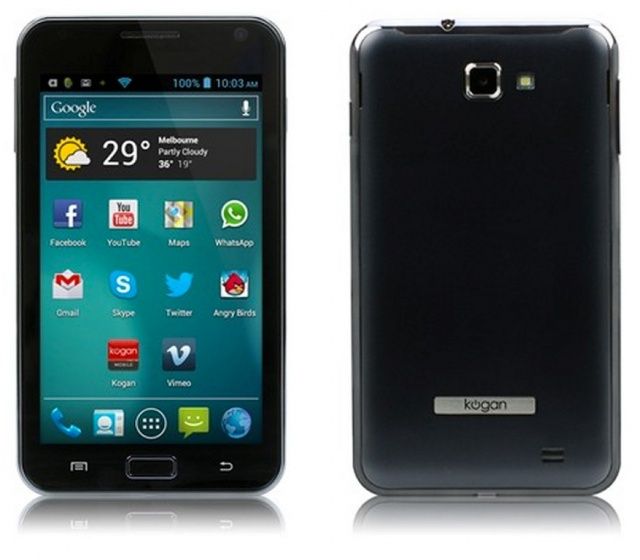 More consumers in the United States are ditching traditional postpaid plans and carriers, instead going with the contract-free, prepaid route. Unfortunately, going without contract generally means either paying a fortune, getting a lower-end device or patiently attempting to get your hands on the LG Nexus 4.

Looking for a decent unlocked phone that actually has reasonably modern specs? Australian electronics retailer Kogan is bring their Kogan Agora over to the US, as a totally unlocked option for just $150. I know what you are thinking, “$150, this must be a single core piece of junk with a tiny screen”. Not so.

While the Kogan Agora isn’t a powerhouse, it’s actually not half-bad especially for the price. The Agora has a dual-core 1GHz ARM Cortex-A9 processor, 512MB of RAM, 4GB of internal memory, expandable memory through microSD, a 5MP rear cam and VGA front cam.

Even more impressive is that the screen is a 5-incher, though its resolution isn’t exactly the best at 800 x 480. As for the version of Android? It’s not Jelly Bean, but Android 4.0 ICS is still a very respectable build for a budget device.

Sure, there are some concessions to be made here. The processor could be faster, the display could be of a higher resolution, and the lack of LTE. That said, if you have a modest amount of spend, $150 will land you a great device that works well with AT&T and T-Mobile. The Kogan Agora will also play nice with services like Straight Talk.

What do you think, is the Kogan Agora a tempting choice or not?