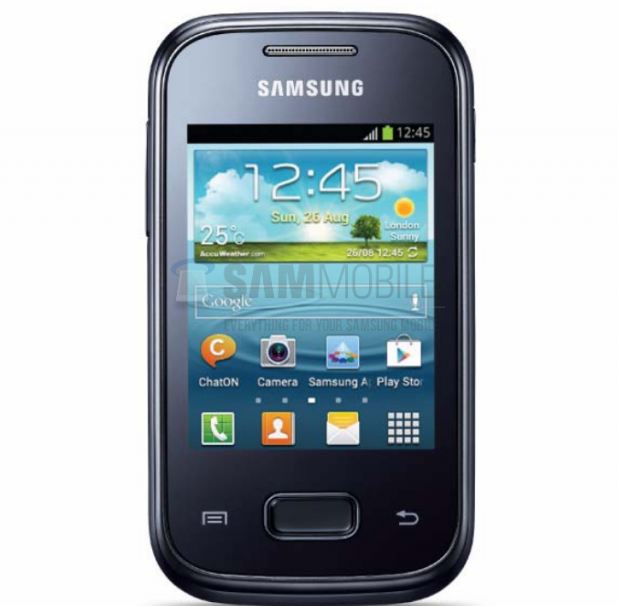 It’s obvious enough that the trend among Android smartphones these days is to go bigger. With devices like the Huawei Mate pushing the 6-inch envelope, not everyone wants something that ginormous. If you’d prefer something far more pocketable, then you may be interested in the upcoming Samsung Galaxy Pocket Plus. See, it’s right there in the name that it’ll fit in your pocket.

The new Android 4.0.4 smartphone has not yet been formally announced by Samsung, but it has been leaked onto the Internet. Going in completely the opposite direction, this is decidedly an entry-level phone with its tiny 2.8-inch display and mere 800MHz Broadcom processor. That makes the display even smaller than the 3.1-inch we saw on the Palm Pre! The rest of the specs are equally small with 512MB of RAM, 4GB internal storage, 2MP camera and 1200mAh battery. It also gets Bluetooth 3.0, aGPS, WiFi-N, FM radio, USB 2.0, and an accelerometer.

Being a Samsung device, it should come as little surprise that the Android build is being skinned with TouchWiz. And it’ll get the similar kind of hardware and touch-sensitive buttons that we’ve seen on earlier generations of Galaxy devices. It certainly won’t compete at the higher end with the S3 and the like; instead, it’s probably going to be one of those cheap prepaid phones that still gives you a smartphone experience.

The Samsung Galaxy Pocket Plus is expected to launch in the first half of this year.