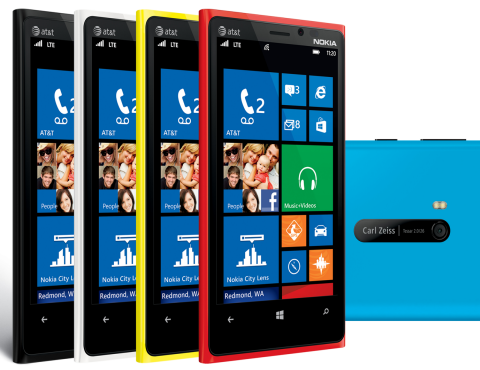 Before Windows Phone, the market was plagued with dull, industrialized blacks, greys and whites, so I’m glad that Nokia have stepped back into the scene to add a bit of color to things.

The Nokia Lumia 920, Nokia’s 2012 flagship device has been released in many different colors, but because demand has been so high, getting hold of anything but the black version has been difficult.

If you’ve been looking to get hold of a colored device, you may be happy to hear that Rogers will soon be offering new colors to their inventory of Lumia 920s. In their blog they have said they will be getting stock for the Nokia Windows Phone in red, yellow and white. The new colors will be available both in-store and online within the next couple of weeks, and to celebrate the long-awaited arrival of stock, and to say thank you to all the patient customers, Rogers are hosting a competition to give customers a chance to win a brand new Lumia 920 for themselves.

The competition requires contestants to write a post on Rogers’ official blog explaining what color they are most excited about and what they are hoping to do with a new Lumia 920 in 150 words or less. The comp is up till January 31st, and official rules can be seen on the Rogers blog post.

Are you excited about being able to get your hands on a colored handset from Rogers? Or are you happy enough with the typical black color that is more widely available?