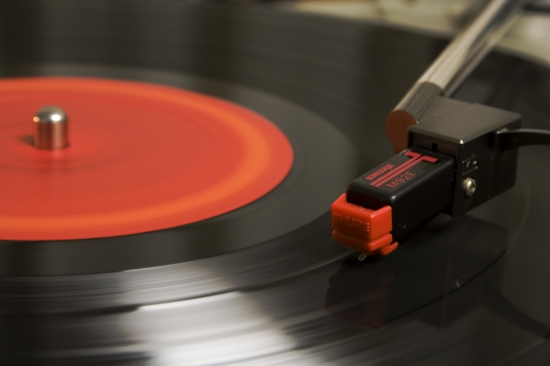 3D printing has really started to gain exposure over the past year or two, and prices for a 3D printer are slowly coming into reach of the everyday consumer.

One such consumer has taken 3D printing to a new level and made a kind of art out of the process. Amanda Ghassaei is the first person to print out a fully working record using a 3D printer. The audio quality is off and it’s far from satisfying, but it definitely shows us a little more about the capabilities of 3D printing and data storage.

Amanda took the raw audio data from songs and used that to define the depth of the grooves for the record, and surprisingly the outcome was quite recognizable.

Although the sound quality could be touched up a bit by changing around EQs and the RPM of the record, the 3D print had pretty much reached its highest potential. Another way to improve sound quality is to increase the resolution of the 3D print, but Amanda had already pushed resolution to the limit with the Objet Connex500 printer used for the experiment, and it’s currently hard to find anything that can print at a higher resolution.

As far as 3D printing goes, this is probably one of the most interesting projects I’ve seen from such technology, although the end result is a little impractical for actual listening purposes.