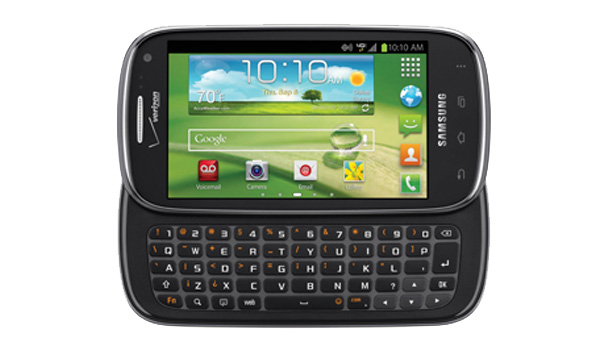 It looks like the Samsung Stratosphere 3 is already in testing, as evidenced by a new GLBenchmark listing that references a phone under the name “Godiva” with a model number of SCH-i425.

So what do we know about the phone so far? It seems to have a 1280×720 display and a dual-core Snapdragon S4 processor. There is Verizon branding all over the software build and so it seems like this could in fact be the third Stratosphere.

The first was called the i405 and the Stratosphere 2 was the i415, so this certainly falls in line. The only strange thing about all of this is that the Stratosphere 2 just arrived in November, so this is a pretty quick turn around for another member of the Strat line-up.

With dual-core specs and a 720p resolution, this sounds like a solid mid-range device and if it continues the tradition of having a built-in keyboard it could be one of the most powerful sliders around.

What do you think, would you be interested in dual-core slider from Verizon or do you feel that today’s touchscreen keyboards have made physical keyboards irrelevant on phones?