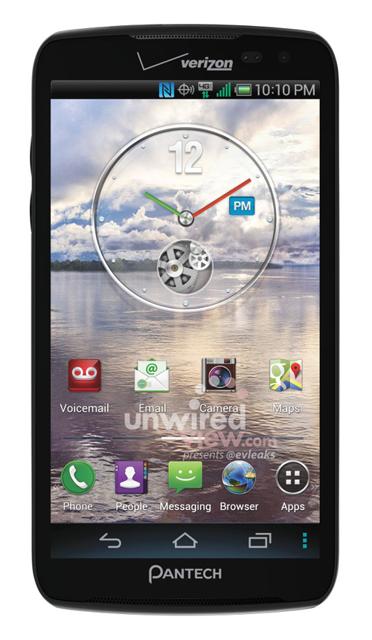 Just three days ago, Pantech announced that the “Discover” would be released through AT&T on January 11th. This device will only run you $49.99 with a 2 year contract. Despite the low price tag, it is a 4G LTE device and packs a 4.8 inch 1280 x 720 pixel display. It also comes with a 12.6 megapixel camera and a 1.5 GHz dual-core processor.

As noted before, the Discover will only be on AT&T. However, thanks to a render picked up by Unwired View, we have reason to believe that Pantech is bringing a similar device to Verizon. Given that the Discover costs $50 at AT&T, we would expect its sibling to cost the same price.

As for specs, Ubergizmo is reporting that the Perception will have a display of 1196×720 pixels and will run on a 1.5GHz dual-core Qualcomm Snapdragon S4 processor. Furthermore, it is hard to believe that Verizon would be releasing many non-LTE devices in 2013. So you can expect the Pantech Perception to be 4G LTE ready.

There is no word on when this device will be released or if it will even be released on Big Red. Stay tuned to Mobile Magazine for more info on the Pantech Perception as it is announced.

Would you like to see more low-cost smart phones released this year? Do you think Pantech will survive much longer against Samsung and Apple? Let us know in the comments below.