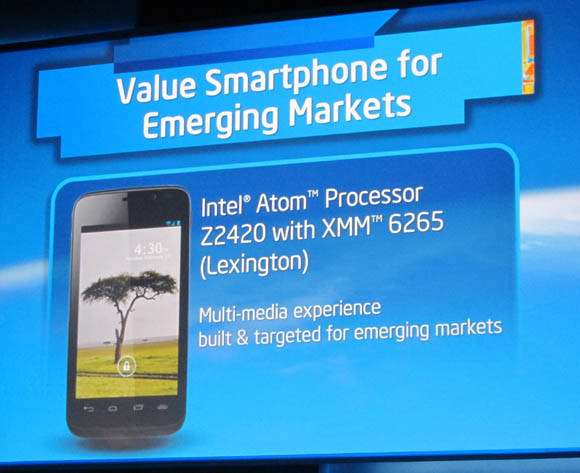 This week during an interview at CES, a senior project manager for Windows Phone, Greg Sullivan, didn’t exactly deny the possibility of a forthcoming Windows Phone handset with an Intel chip.  “Our architecture is such that it’s hardware independent. For the same reason that Windows 8 [tablets] could run on Wintel, right now Windows Phone is on Qualcomm. We have a portable OS architecture.” While that leaves as many questions as before the statement, the lack of denial certainly makes the notion possible.

Intel Mobile Communications Group has a similar stance with President Hermann Eul stating that Intel is open to the idea of supporting the Windows Phone platform with an x86 chip. He also stated the decision would be made according to how successful the Windows Phone was in the future.

Intel has already seen success in the mobile phone chip market with companies like ZTE, Motorola and others already building smartphones with Atom and other Intel chips. Some tests have shown the Atom chips having better performance and battery life than that of many current ARM chips. Recent benchmarks, if they are to be trusted, ran on a Lenovo Atom-equipped smartphone showed performance nearly twice that of a Droid DNA with a Snapdragon S4.

Could Intel chips be the new standard for upcoming phones or will ARM always dominant the mobile sector?