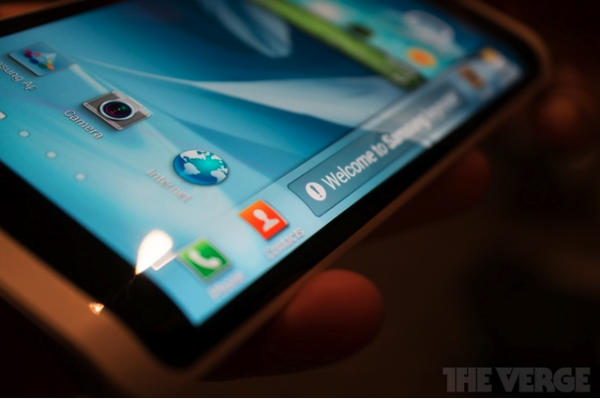 The idea of Samsung showing off flexible screen technology at CES is nothing new and goes back several years now, but this time it looks like Samsung are closer than ever to releasing their latest display tech named Youm to the general public.

At CES Samsung has been busy showing off a prototype Android phone which features a curved glass display, tech that some are claiming will soon be available to buy in the next generation Samsung Galaxy S4 and possibly even the Note 3.

In addition to Samsung’s own phones devices, LG are also reportedly looking into using flexible screens on some of it’s own devices which might also include tablets, TV screens and laptops.

It’s still unclear just how much the Youm display from Samsung can bend, and how the curved areas will be used to enhance users experience, but judging by the state of the current hardware we won’t have long to find out.