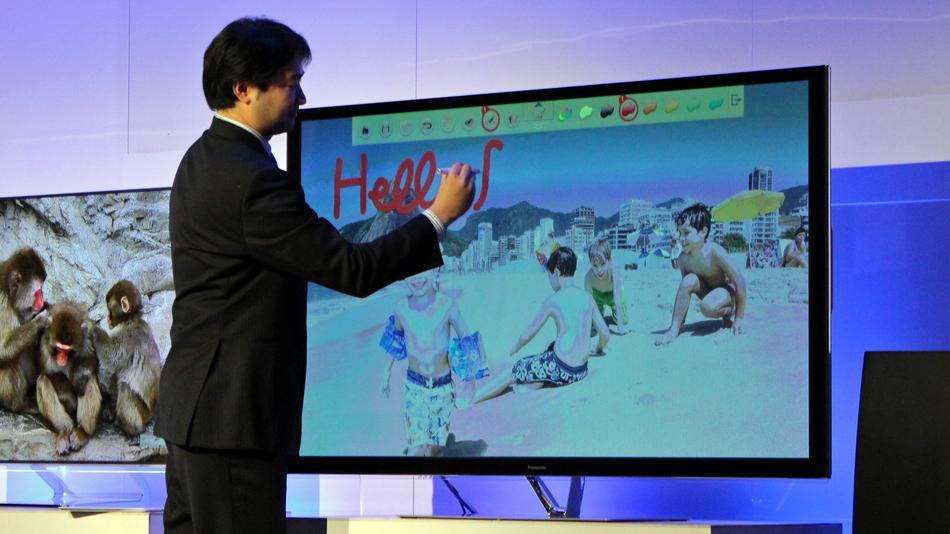 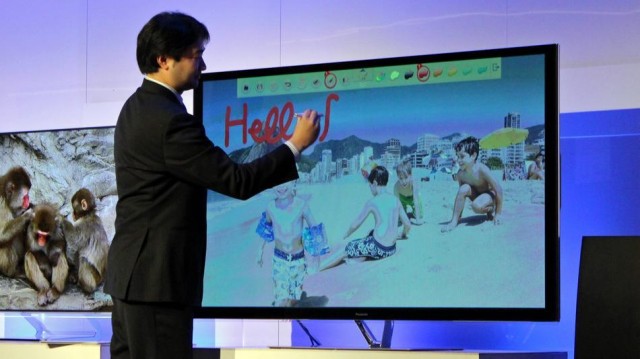 Manufacturers at CES have shown us plenty of new ways to use a TV this year, ranging from 3D smart TVs to curved OLED displays, there’s certainly been a lot of room for experimentation.

One new product by Panasonic takes a simple idea and places it onto the big screen. The new Electronic Touch Pen allows you to digitally draw on Panasonic compatible TVs via Bluetooth.

At CES, the pen was shown to be interacting with the TV smoothly, allowing users to scribble over built-in software available on the TV. Currently use for the pen is quite limited, however with Panasonic’s Swipe and Share app, iOS and Android users can display their smartphone screen on the big TV and then paint and draw over the display of your smartphone’s screen, before sending it back to your handset as an image file.

There are also a few pen-touch games bundled with the software capable of using the pen, but other than that the new tech seems quite limited. Perhaps in the future more apps and software will be released to bulk up the current offering, as with a big 1080P screen, there is quite a lot of room for potential.

What’d be cool to see in the future is a pen that has the accuracy of high-end PC drawing tablets, as this would open up a huge amount of opportunity for professional and hobbyist artists.

Currently pricing on the Electronic Touch Pen have not been announced, but Panasonic has stated that they will be selling the pens in bundles of two later this year.

What are your opinions on the Electronic Touch Pen? Is this something you’d enjoy using on your TV at home? 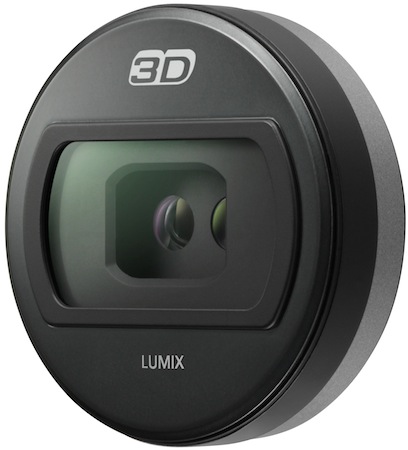