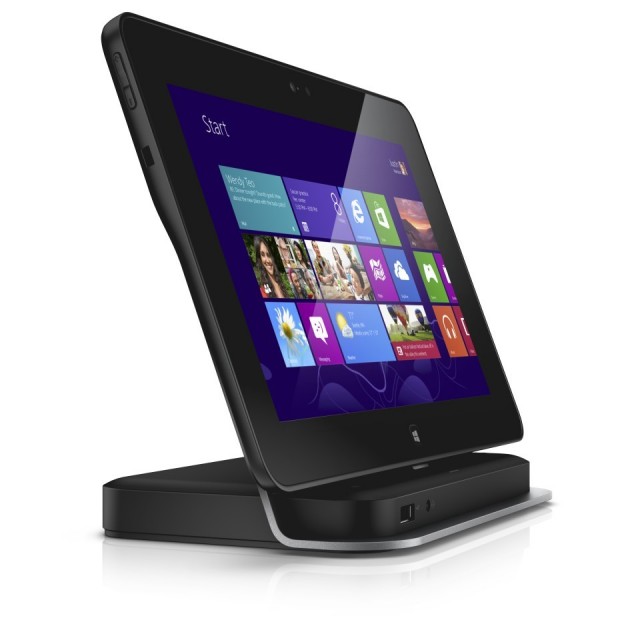 While the Microsoft Surface RT certainly tons of media coverage early on, it has only sold modestly at this point. There are several reasons for this, such as limited retail distribution early on, but pricing could also be a big factor.

Paying $500 for a device that currently has limited app selection and an unestablished ecosystem might be a bit of a hard sell for some consumers, especially since you can’t even use legacy Windows desktop apps since the Surface RT doesn’t actually run Windows 8 (it instead runs the ARM-based Windows RT).

The good news is $500 (or lower) Windows 8 tablets are starting to emerge, giving consumers both a unique Windows Store experience and the ability to run some of their legacy desktop apps. One such device was announced by Dell at CES today, the Latitude 10 Essentials.

This basic Windows 8 tablet weighs 1.34 pounds, has a magnesium alloy case and a 10.1-inch display. Other specs include a 1.8GHz Atom Clover Trail processor, 2GB of RAM and 32 or 64GB of storage. There is also a usb slot, full-size SD storage, and the ability to work with a special dock that adds more ports and lets it act as a small “all-in-one” PC.

This could be particularly useful for educational environments and businesses where having access to specific Windows legacy apps could be crucial. The base model of the Dell Latitude 10 Essentials will run you just $500, the same price as an iPad.
Is this worth it over the iPad or the even cheaper Nexus 10? Honestly, depends on your needs. If you care more about a wide range of touch-optimized apps, Android or iOS might be the better choice.

If you want to use some of your Windows legacy programs, this could be perfect for you. Just keep in mind that this tablet runs an Atom processor so don’t expect to play games like Crysis, or use resource-heavy applications on this thing. What do you think, interested or not?