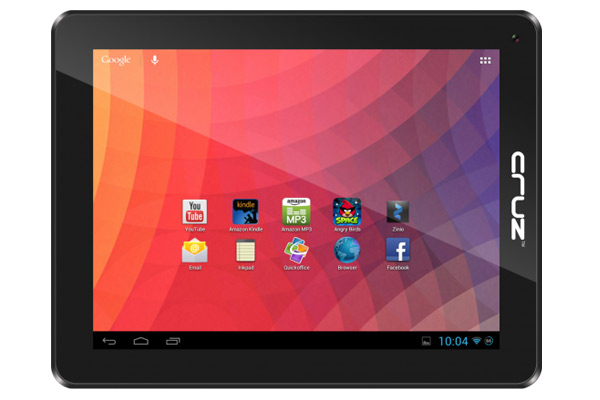 [CES 2013] CES is a perfect venue for big electronics manufacturers to showcase their new products, however it makes for a great platform for lesser known manufacturers as well, and we’ve already seen a few products this year at CES from such contenders. Velocity Micro is an example of a new brand pushing for success this year, specifically with their new Android tablet range.

The fairly unheard of Velocity will be shipping out two new tablets this year to the US market, both of which are affordable pieces of equipment running Android 4.1 Jellybean. Both devices have a 10.1 inch display with a resolution of 1,024×728.

The first and weakest of the duo is the Velocity Micro D610, a $199 tablet which comes with just 1GB RAM and 8GB internal storage, along with a dual-core 1.5GHz AllWinner A20 CPU. The tablet also includes a front facing VGA camera.

For $249 the Q610 can grab you something that looks a lot more impressive on paper. The higher-end tablet by Velocity is packed with 2GB RAM, up to 64GB internal storage, a 2MP camera, and a 0.3MP front facing cam for video chat. Most importantly though, the Q610 is powered by the AllWinner A31 CPU, a quad core processor running at 1.5GHz.

It’ll be interesting to see what the Chinese AllWinner CPUs are capable of compared to other 10 inch pads. The Cruz tablets are slated for a 1st quarter release, so it’s only a very short wait before these tablets hit the market.