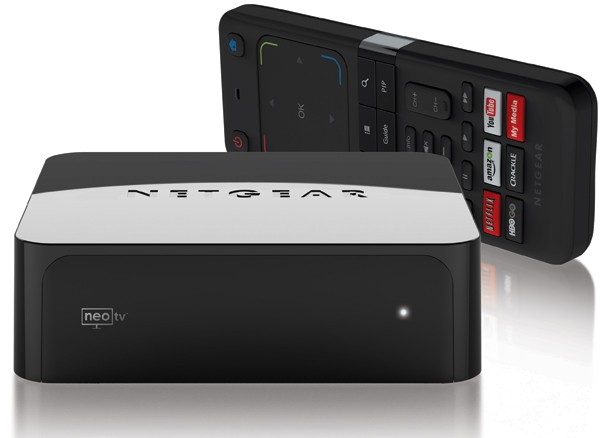 If you thought that Asus was the only company to be sporting a new Google TV box at CES this year, then you would be dead wrong. Netgear also has their new NeoTV PRIME on display at the show.

While there are still a few question marks over the Asus Qube’s price and availability, Netgear has announced that the NeoTV Prime is available now for $130, which is about middle ground for current TV boxes.

Some features which we like about the NeoTV PRIME are the inclusion of Google Chrome with flash support, Google Play store (so you can download great apps such as VLC) plus support for all your favorite video streaming service and sites.

Another killer feature is the pre-installed aVia app with DLNA support meaning you can stream content from almost any device connected to the same Wi-Fi connection. There is also an app available for Android and iOS to control the device just in case you don’t like the included dual sided remote which comes bundled with it.