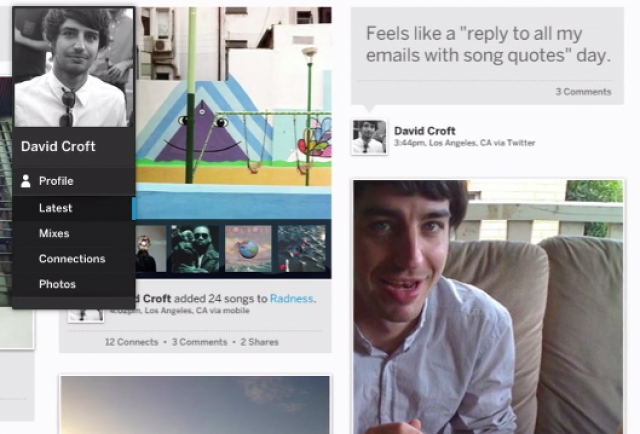 Remember Myspace? The website that Facebook destroyed over the past few years? Apparently Mark Zuckerberg and the Facebook team did not do enough to shut down their old competition. In fact, at the end of September in 2012, Justin Timberlake tweeted (ironic right) a link to a video detailing the “new” Myspace.

The new Myspace website first surfaced last year with a nifty welcoming page. Now, by creating an account or login in with Facebook or Twitter, you can try out the new Myspace. After signing up, you should receive an email soon after.

As far as design goes, the website is by far one of the best I have seen. The font is similar to that of Android’s Roboto, making it easy to read and aesthetically pleasing. As for the website itself, logging in with Facebook should say it all. Myspace is not here to reclaim its spot in social networking.

However, as I write this article, I am still on the new Myspace. The fact of the matter is, if you appreciate a good design and love music, the new Myspace could be for you. Somehow, the site manages to spit out free music of virtually every big artist. In essence, the main feature of the new Myspace is that it has virtually become a free Spotify.

Can you see yourself using Myspace while Facebook, Twitter, and Instagram rule the social industry? Do you see any value in a “new” Myspace? Let us know in the comments below.