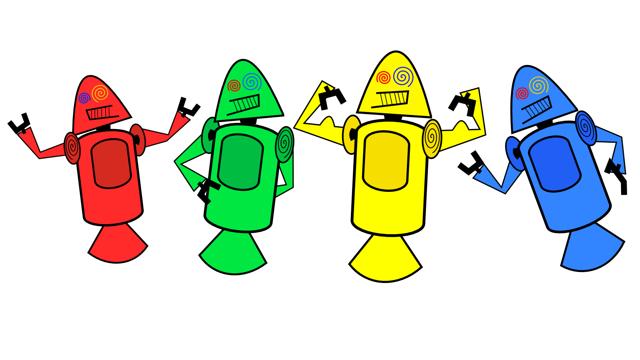 The mascot. This often simple symbol isn’t something we think about all that often, but it really is important.  What you choose as a logo or mascot to represent you company is a reflection of your product and can be used to elicit a reaction to a company.

When I see Mario for example, I think Nintendo and smile because it brings up childhood memories. The same can be said for Apple’s various Apple logos. We think of Apple products in the modern age when it comes to the silver Apple, or maybe think back to the old Apple II when we see an older Apple logo.

For Android, we think of the android robot that many of us know and love. I can’t imagine the little guy looking any differently, but Google didn’t start with that design. The image above is an early concept drawing of the Android mascot.

Keep in mind that this was going to be used for a special internal presentation of the Android API to Google developers, and that doesn’t mean they would have ever considered it as the final mascot. Either way, I’m glad they brought in a professional by the name of Irina Blok and gave us the robot we have as a mascot for Android today.

Something about the early mascot that I just can’t take seriously. What do you think?