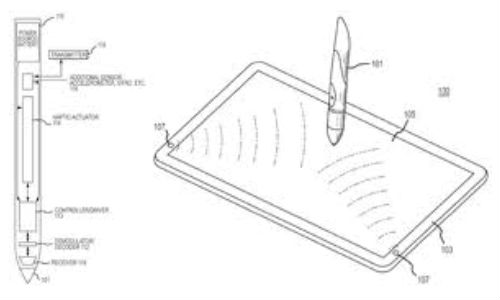 When the Samsung Galaxy Note hit the scene, the stylus was all-but extinct when it came to most modern mobile devices. Despite this, the Note brought new interest to touch-pens and even Apple seems to recognize there is a market for such a device.

Apple is now said to have filed a patent with the USPTO last week for an active stylus of their own, using the following words to describe their particular pen solution:

Basically, the idea of Apple’s stylus is to improve sensing on conductive displays without having to be expensive to manufacture the new Apple pen. Not too long ago, Steve Jobs dismissed both the 7-inch tablet and the idea of the iPhone having a stylus. It’s amazing how time changes the way companies work and think.

With its smaller screen, I don’t know how well the iPhone would work with such a stylus, but it would work great with a future iPad or iPad Mini. Conversely, maybe Apple could branch out and have two iPhones, one with a bigger display and stylus? Probably not going to happen, but an interesting thought nonetheless.

Would you like to see Apple roll out a stylus-equipped iPhone or iPad?