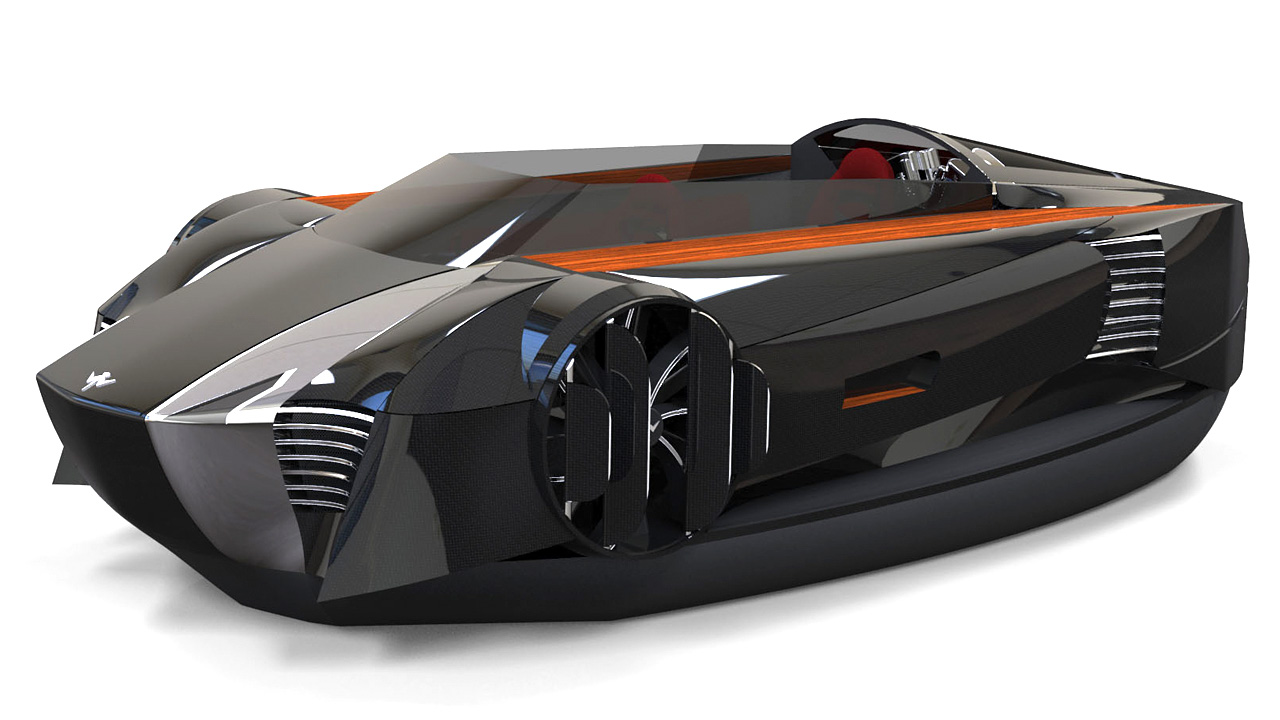 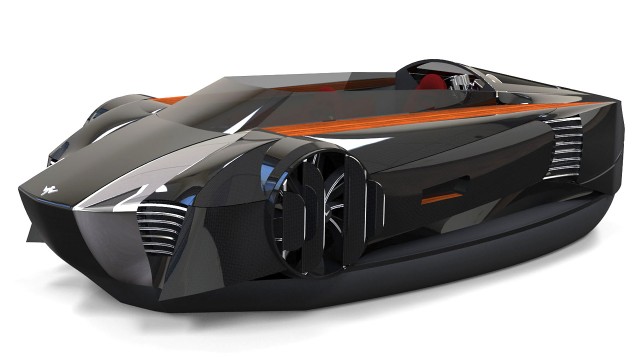 One word that provokes an immediate man grunt: hovercraft.

These amphibious vehicles don’t provide much for aesthetic value, though.  That’s where the Engineers at Mercier-Jones come in. Mercier-Jones have taken to the challenge of developing a lustful hovercraft design that would make any car enthusiast water at the mouth.

Hovercrafts have the ability to be just as comfortable on land as they are on water which makes them desirable.  However the design has always been functional and more boat like in the past.  Mercier–Jones however took some obvious cues from car makers like Audi, Bugatti and Lamborghini and developed a model that would look good anywhere it sat.

The car uses a new directional control system that they claim makes it as easy to drive as a car.  It also has a hybrid powerplant that uses a gasoline engine that powers a series of electric fans.  This hopefully would take care of the other current issue of hovercrafts, noise.  The current version is a two seater so you can take your best lady along with you (or buddy to go tearing up some aquatic land).

At this time Mercier-Jones has not given a release date for the vehicle, but they claim to be able to produce a base model for less than $20,000. Not a bad starting price for such a unique looking craft.

What do you think of this interesting hovercraft, like it or not?