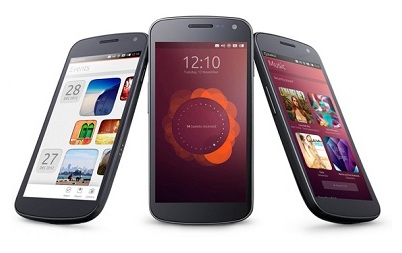 Yesterday we reported that Canonical had a count-down to a new version/feature for Ubuntu. The banner hinted that the news had something to do with touch. Now we have official word, the news is that they will be showing off their Ubuntu phone OS at CES 2013.

Before you get too excited, they might showing off the device to entice developer interest, but they have already confirmed the first full-fledged Ubuntu devices won’t be making their way to the market until early 2014.

The Ubuntu phone OS promises that it will be highly compatible with Android devices, so hardware/phone makers won’t have to do very much to make versions of their hardware that run on Canonical’s mobile OS. The company also promises that the device will be build around the existing Android kernel and drivers, but won’t use a Java Virtual machine, and that means it will allow the OS to use “the full power of the phone” as they say.

Canonical’s chief Mark Shuttleworth says that “Ubuntu for Android” will be their first step towards truly entering into the mobile world. This special version will run on existing Ubuntu devices alongside Android, and will arrive sometime later this year. By 2014, they will have a true/full Ubuntu phone and promise it should be by a high-end Android device maker.

For now, the official developer phone for Ubuntu phone OS is the Galaxy Nexus, which tends to be a favorite for this kind of project, as even Firefox OS utilizes the G-Nexus for testing.

So what kind of special features does Canonical bring to the table? Canonical says that swiping in from the four different edges of the screen will let users switch apps and search for content, they say thumb gestures in general will play a big roll in navigation. Ubuntu hopes to provide a design that is quite a bit different from the competition and claims it will be able to handle multitasking at a level that other mobile operating systems can’t.

What do you think? Interested in the idea of an Ubuntu phone or not? For more details, check out Canonical’s official Ubuntu website.