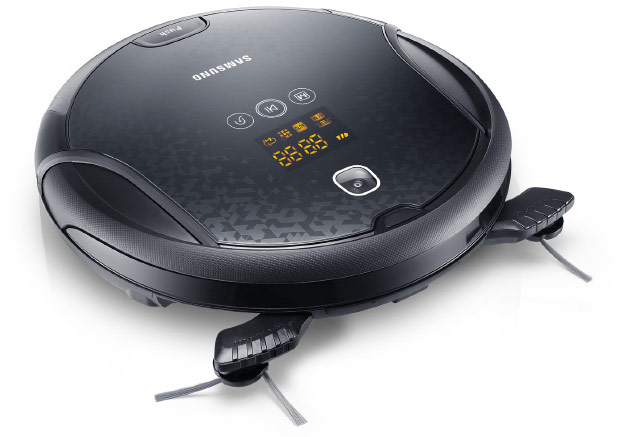 Thanks to some “leaked” photos on Flickr, it is known that Samsung is going to release a new model to its robotic vacuum line.  This tease, leaked or released, by Samsung shows The Smart Tango Corner Clean robot that has the standard circular design, but also has one other little feature.

A first in the form of two pop out brushes, one on each front side, that allows the robot to swipe out debris from corner and other hard to reach spots.   It also has a front mounted camera system used for the Visionary Mapping System, which maps out the cleaning path automatically.  There is also a built in LCD on the top of the vac, used for error codes and programming the device.  At the rear of the device is also the standard removable dust collection bin.

We have no indication of model name or number or a price point for the device, so we will have to wait until CES for the full rundown.

While robotic vacuums are nothing new, they are starting to become more efficient and more affordable. There may be a time when traditional vacuums are a thing of the past. What do you think of Samsung’s latest effort?