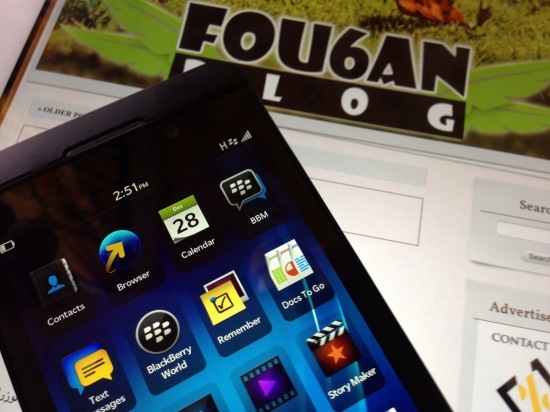 This weekend, some more high resolution pictures of the upcoming BlackBerry Z10 model were leaked.  The BlackBerry Z10 is the new all touch screen Blackberry device, and their attempt to modernize the Blackberry brand.

The pictures were found on the Arabic blog fou6an.com, and the picture of the iPhone in the gallery below is said to have been taken with the Z10 itself.  These photos also appear to confirm the 2GB of built in RAM previously rumored for the handset.

We know just about everything there is to know about BB10 and their handsets now, though there will likely be a few surprises at the official Blackberry 10 launch event.

Are you looking forward to BB10 or not? If so, which handset are you interested in, the Z10 or X10?