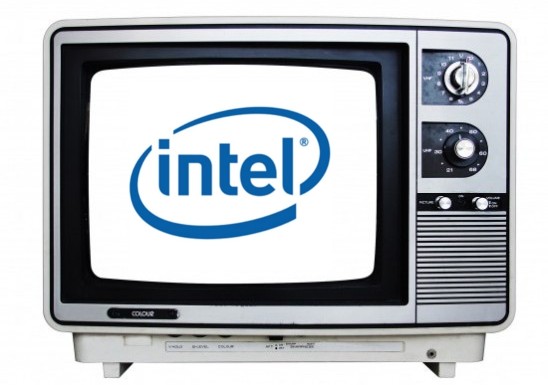 For years Google, Apple and Microsoft have been dancing around the idea of revolutionizing the living room with their perspective living room solutions. While devices like the 360, Google TV and Apple TV have helped change the way we watch content in the living room– they haven’t really reached a true revolutionary status either.

Tired of waiting for one of the big three to make a move, a new rumor arrives courtesy of TechCrunch suggesting that the revolution will not be lead by any of these companies. Who instead will be the first to truly change the way we interact with our multimedia content in the living room? Intel, that’s who.

Citing an unnamed source, the rumor suggests Intel is preparing to deliver set-top boxes with DVR that will be rolled out in a city-by-city basis. Outside of being a DVR and cable set-top box, the device is said to have quite a few interesting features inside.

Some of the feature include facial recognition and the possibility of creating individualized viewing settings, favorite settings and more based on who is “logged in” to the box. There will also be targeted and individualized advertising for online content.

The idea here is to create a hybrid that would have both online and traditional cable content working together. There would also be a “Catch Up TV”-style service that would let users view anything airedi in the last month on the channels that they are directly subscribed too.

Other ideas include having the options to buy specific channels instead of having to just have one big package. All the ideas here sound fabulous, but there is one major obstacle that is holding back these kinds of revolutions– that’s dealing with content creators and providers.

If Intel can manage to create a marvelous piece of technology and woo the content creators and providers, this will truly be a feat indeed.

Do you think that Intel could truly play a part in bringing the living room to the next level?

With the PC market on the decline, perhaps Intel wishes to focus on new areas in case the day comes when there isn’t as much demand for their x86 chips?