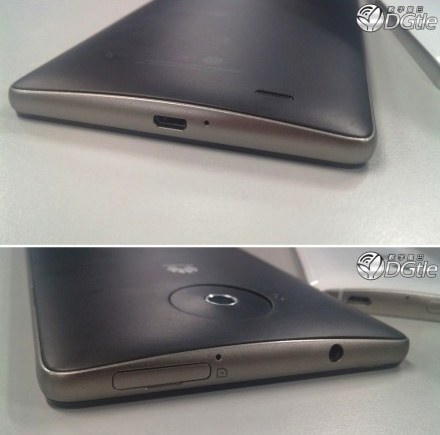 Huawei have taken the old mantra “bigger is better” to all new levels with their new Ascend Mate phablet, which features a humongous 6.1-inch display. Being so huge the Mate has really had difficulty keeping away from prying cameras and has once again been snapped, but this time along with the smaller Huawei Ascend D2.

From the photos we can see that both the Ascend Mate and D2 follow the same basic design, that being a basic rectangular shape with very little in the way of any sort of styling. Interestingly Huawei has opted to use onscreen navigation buttons on the Mate and D2 rather than capacitive buttons on the “chin” of the phone.

Along with these leaked photos comes some purported specification highlights for the 6.1-inch Mate such as the self-developed Hass K3V3 1.8Ghz quad-core CPU. It is also expected the Mate will come equipped with a 13 mega-pixel rear camera, 2GB RAM and Android 4.1 Jelly Bean.

What do you think, excited for the Ascend Mate? Conversely, do you think 6.1-inches is just too big?