Our wait for hover cars may finally be coming to an end thanks to reasearchers at the Japanese Aoyama Gakuin University. A breakthrough has been made in realtime control over magnetically levitated disks by using only light. The team recently disclosed study results that show the motion of a graphite disk being controlled by the use of a laser.

And now for the science:  The changing temperature of the disk using the light influences how it reacts to the magnetic field. If you raise the temperature, the disk will lower, adversely if you lower the temperature the disk raises. Also by moving the light beam around the disk, it manipulates its movement. See the video below: 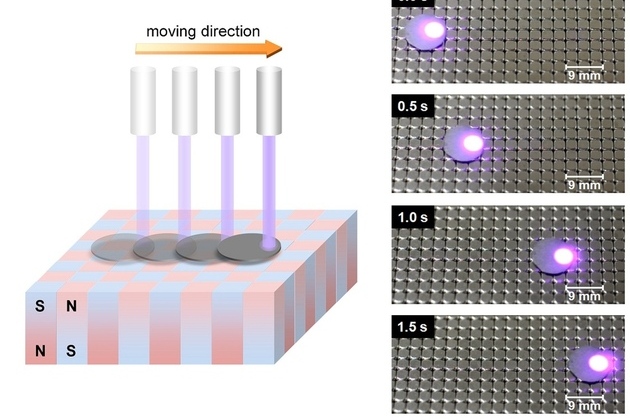 The researchers discovered that this also works with sunlight and can even be used to make the disk spin at up to 200 RPM. The potential for this is endless in the way of turbines and solar conversion systems.

So maybe this won’t lead to an immediate release of hovering vehicles and other transportation, but the potential is still there, and the applications of such technology is exciting.