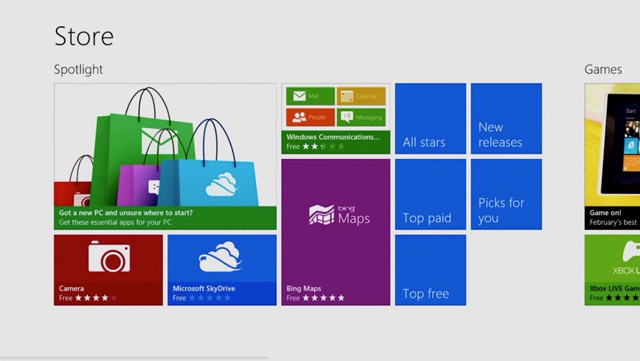 Unless you were living under a rock for the end of 2012, you have probably heard about Windows 8, Microsoft’s new pride and joy. Furthermore, Windows 8 was built for laptops, desktops, and tablets. Being that Windows is the dominant operating system in terms of laptops and desktops, it’s not surprising that over 40 million Windows 8 licenses were sold during its first month of sales.

As for the mobile side, Windows 8 hasn’t really caught on yet, with most of the mobile users still clinging to their Android and iOS devices.

On some days, the Windows 8 Store seems to be adding/updating close to a thousand apps. With such incredible growth, you have to wonder how Microsoft is enticing new developers to use their platform (bribes anyone?). At this rate, the Windows 8 Store just might hit the 100,000 mark by February, as Microsoft’s sales and marketing vice president claimed.

Do you think Windows 8 has the potential to become as major player in the mobile market? How does the Windows 8 Store stack up to other app markets? Let us know in the comments below.