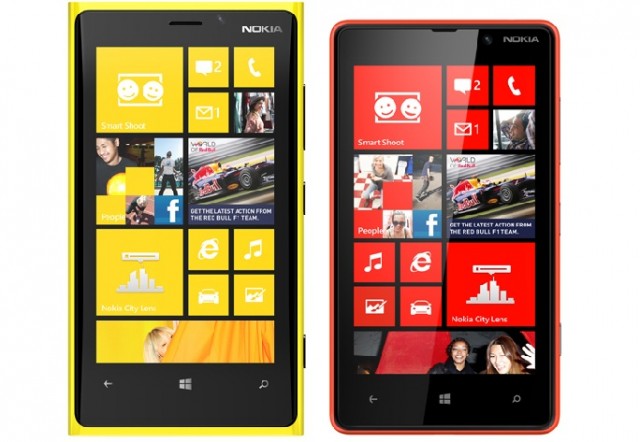 The Nokia Lumia 820 and 920 were released to the U.S. market just a few months ago now, but as The Wall Street Journal reports, their starting prices are already dropping quite significantly.

The flagship Nokia Lumia 920 was released through AT&T for only $99 when it first hit the market.  While that is still what AT&T is selling them for, they can be found on Amazon for as little as $39.  The Lumia 822 was originally released through Verizon also for $99.  Now Verizon offers the phone for free with a 2 year contract. As for T-Mobile, they are offering the Lumia 810 for free with a 2 year contract.

Dough Dawson, a Nokia spokesman said, “Pricing is always a carrier decision, but holiday season promotions are fairly standard at this time of year”. With 3 major carriers dropping the prices down, does that mean doom and gloom for Windows Phone 8 handsets? Not at all.

The fact is that Windows Phone 8 is still a very new ecosystem, and everyone involved knows this: that means carriers, Microsoft and Nokia. Cheap pricing to begin with was a good start, continued steep discounts during the holiday season are an even better move.

At this point Microsoft and Nokia need to get these handsets into as many hands as they possibly can. It’s hard to say if these low prices will even stick going into January, with the holidays behind us.

Is it possible that lack of sales could be the issue as well? With the Nokia Lumia 920 still selling out in many locations and continuing to have shortages globally– it doesn’t seem that likely of an issue.

Looking at Q2 sales, you see that the Lumia line sold 4 million units. This is rather paltry when compared to Apple’s 35.1 million sales for the iPhone, but let’s not forget a few things here.

First, Q2 was a transitional point that still saw many Windows Phone 7 Lumia devices on the market and had yet to see the more aggressive marketing and pricing sales from the Windows Phone 8 line.

Second, the iPhone line is very established and highly popular at the moment. For a new ecosystem, 4 million out of nowhere is actually pretty impressive, especially with the Lumia line reportedly having low stock available to begin with. At this point it is best to reserve judgement on how well the Nokia Lumia Windows Phone 8 line is doing. We should know more going forward into 2013, though.

What are your thoughts on the Nokia Lumia WP8 line?  Do you have one, and if so, do you like it?  How do you feel it compares to other phones in its class?