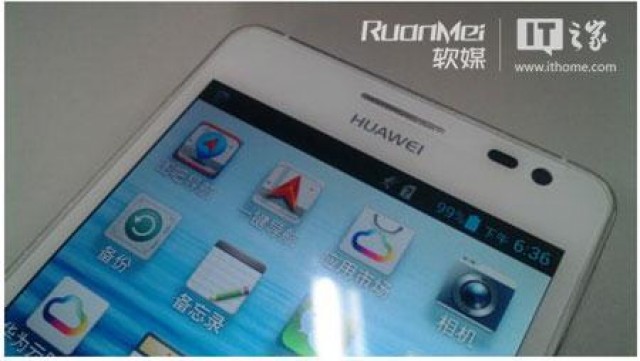 It seems that someone over at Huawei just could not wait any longer to show off the Ascend D2. The device pictured above, thanks to IT Home, was rumored to be making its first appearance at CES 2013. The specs are currently as follows:

With the specs mentioned beforehand, the Huawei Ascend D2 would be a top of the line device if it is released soon. Furthermore, speculation puts this device alongside a $500 price tag. Compared to other devices with similar specs, half a grand is not bad.

As for software, the Ascend D2 will be utilizing on-screen buttons similar to that of the Galaxy Nexus and Nexus 4. Furthermore, judging by the leaked pictures, the operating system looks relatively stock despite the fact that the notification bar displays a percent next to the battery life meter.

CES 2013 is only a few weeks away. Be sure to bookmark Mobile Magazine and return during CES for more information on the Huawei Ascend D2 and many other upcoming announcements.

Are you excited for CES 2013? What are you looking forward to most of all? Let us know in the comments below.