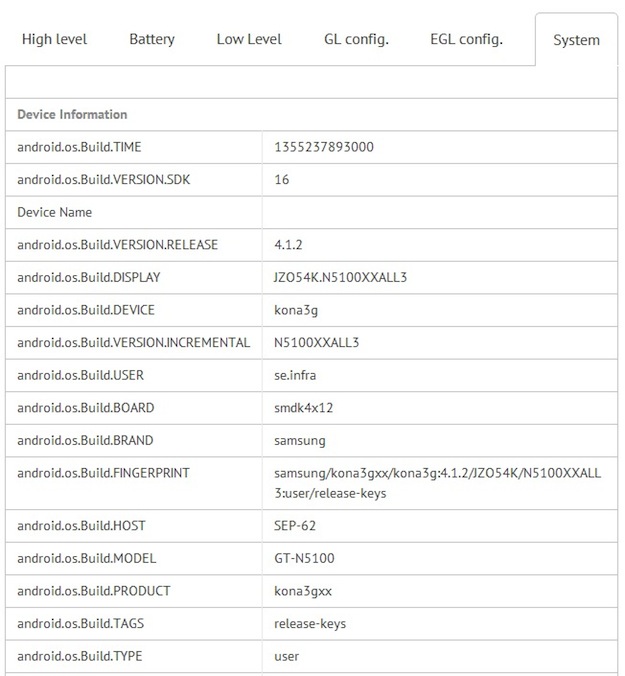 With the tablet market exploding, specifically in the 7 inch range, it is a surprise that Samsung has not done more to gain market share.

The Galaxy Tab 2 7.0 has been out for long enough with not enough return. Now, according to a benchmark posted on GLBenchmark, Samsung might be making another tablet in this category.

Furthermore, the Galaxy Note and Note 2 carry the model numbers GT-N7000 and  GT-N7100 respectively. The model of the device benchmarked above is GT-N5100. This leads us to believe that the unreleased device is in the Note series.

Since the Note 2 was just released and the Note 10.1 is already out, that only leaves a 7-inch slot in the Note series.

Although everything mentioned above is based on a benchmark and pure speculation, keep your eyes peeled for a 7-inch Galaxy Note at CES 2013.

Do you think that Samsung has any chance in the 7 inch market against the Nexus 7, Kindle Fire, and iPad mini? Let us know in the comments below.