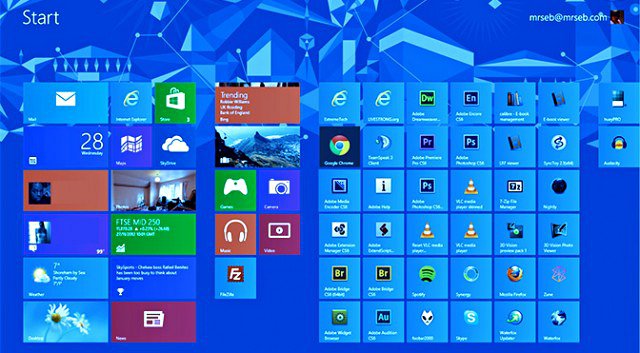 When it comes to operating system updates on a desktop device, there are two major strategies: the Apple strategy and the Microsoft strategy.

For Apple, it’s about yearly updates with a few new features and changes, while keeping the prices of these updates rather low in cost.

For Microsoft, major updates to new versions of Windows aren’t that frequent, instead happening every 2-4 years on average.

Not too long ago, rumors arose claiming that “Windows Blue” will change all this, with Microsoft switching to yearly updates. The idea would be to mimic Apple’s scheme of offering cheap (or even free) upgrades, which would make Windows 8/RT better for tablet owners that are used to quicker paced upgrades with many iOS and Android devices.

The problem is that such a drastic change could also be disastrous in the enterprise world. IT rollouts require planning and organization, testing and more. Having to deal with yearly updates could be an added headache in these environments.

Up until now, we didn’t know much about what features would actually arrive with Blue, though. A new leak/rumor claims that the Metro/Start UI will now be more customizable and the interface will have a more flat design.

The leak also claims that Blue is in Alpha testing right now, with the build number associated with Windows Blue currently at “Build 9622”. Unfortunately no screenshots accompanied the claim, as the leaker said that there are under a non-disclosure agreement with Microsoft and didn’t want to produce anything that could be easily linked back to this leaker.

For the moment, take this all with a grain of salt. The idea of Windows Blue is an interesting one, though it’s hard to say whether a move would be embraced by consumers and businesses, or shunned.

What do you think of the idea of more frequent Windows updates on-the-cheap? Good or bad idea?