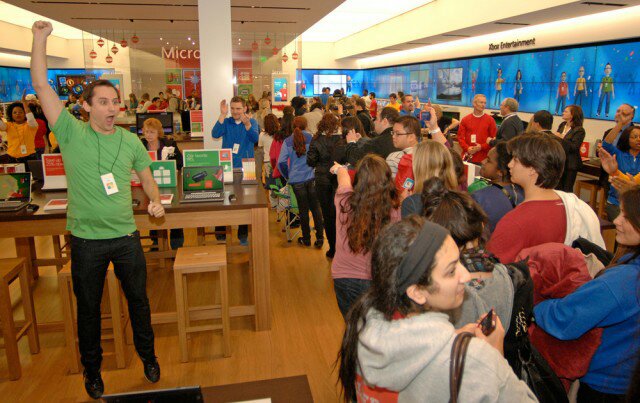 In an official blog post early on Wednesday morning, Microsoft announced that they would be celebrating the new year with the introduction of more Microsoft retail stores. How many you ask? At least 6:

More retail stores is big news for Redmond (Microsoft). More specifically, with the announcement of Windows 8 and the push towards ultrabooks, Windows and Microsoft as a whole were on the brink of a downfall. Apple and Google have become the 2 big players in the computing market. Now, Microsoft is showing that it is ready to fight and regain the #1 spot.

If you’ve ever been to a Microsoft retail store, it may have felt familiar. As shown in the image above, Microsoft sets up their stores with a layout familiar to that of Apple: big wood tables; employees wearing necklaces instead of name tags; and loads of technology ready to be played with.

Would you like to see Microsoft open a retail store near you? Are the stores too similar to Apple’s stores? Let us know in the comments below.