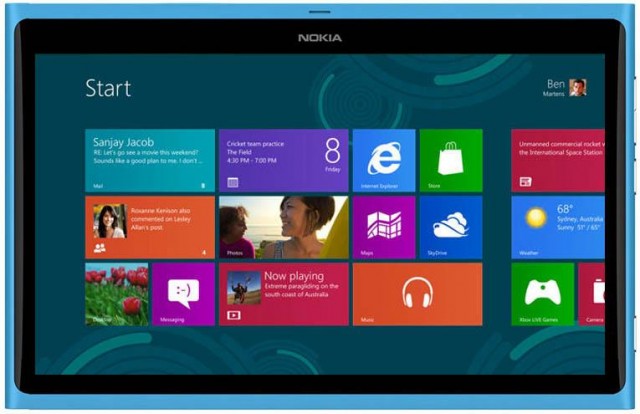 We previously reported that a Nokia Windows RT tablet is on its way, with an unveiling expected at MWC in 2013. Now it seems that we have a bit more information about what the Nokia tablet will have for features.

It is believed it will have a 10.1-inch display with USB and HDMI ports. It’s biggest feature will be a battery-equipped cover, although it isn’t the only Windows RT/8 device to offer such a solution. The cover is said to include a keyboard, kickstand, and two extra USB ports.

The tablet is also believed to come equipped with a mobile broadband option, which will likely be provided through AT&T.

These latest rumors come courtesy of the Verge. It is also claimed that the Nokia Windows RT tablet will be their first effort, but a full-fledged Windows 8 tablet may eventually follow as well.

What do think, would you be interested in a Windows tablet built by Nokia?