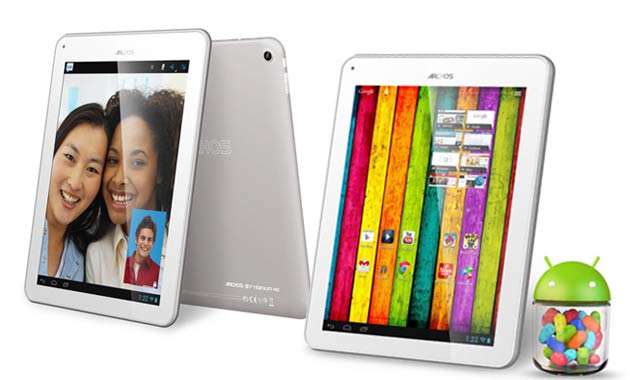 The iPad has dominated the tablet market ever since the tablet was first released in April of 2010. Many a manufacturer have tried to strip that name from Apple, but instead of becoming the “next big thing”, most just turn out to be market fillers.

The Archos 97 Titanium HD is likely just one of these “attempts” that won’t do much but might still be a more affordable option for those with basic needs. The Titanium HD comes with a 9.7″ display packing 2048 x 1536 pixels (264 pixels per inch). If you’re familiar, those specs are identical to that of the newest iPad. The rest of the specs come in as follows:

With the tablet market moving fast away from expensive tablets and more into cheap tablets like the Nexus 7, how does Archos expect something with these high-end specs to survive? Especially considering that consumers generally think of Archos as a budget brand? Hopefully, this means we will be seeing the Titanium HD with a sub-$400 price tag.

Do you think the Archos 97 Titanium HD has a chance against the iPad? Would you buy it over other Android and iOS tablets if it was priced very aggressively or not?